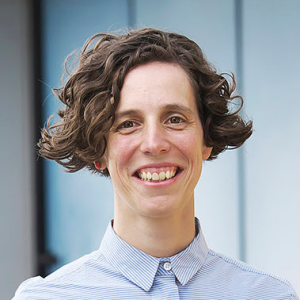 Empowered women are taking control of their pensions

Women have come a long way in fighting for equality over the last century. And in the last decade, the battle has intensified over things like women having fewer opportunities and less pay than their male counterparts. Back in 2010 the gender pay gap was around 20%, with men paid around 20% more than women. It’s slowly reducing and is now around 15%. There’s still some way to go yet. But there’s an even bigger financial problem…the gender pensions gap is around 40%! It’s a staggering number and is caused by a culmination of different things, including the gender pay gap, which has blighted women for far too long. And with women seemingly disproportionately impacted by Covid-19, the problem may get worse. It’s important to look at why we got here and how women can close the gender pensions gap.

Knowledge is power, and women are now looking to create financial freedom, not just for now, but enabling financial independence in the long run.

What has caused such disparity?

The reasons behind the gender pensions gap are interlaced with societal norms and issues, as well as confidence in personal finances, on top of a gender pay gap – it’s complicated!

1. Pay – Typically, pension contributions are based on salary – either as a figure associated with a person’s salary when they retire, linked to a career average salary, or as a percentage of annual salary. Whether it’s private or public sector, if it’s a workplace pension, the final pension pot is almost certainly linked to salary. Obviously, certain professions and industries command a higher salary than others. For example, finance and legal professions generally offer above-average salaries. Whereas professions like those in social care, retail and hospitality offer average (or below) salaries. But it’s not just the salaries that aren’t equal. The male to female split of the workforce is also unbalanced. Both of these factors contribute to women being paid considerably less on average than men. This divide naturally passes into their pension too.

2. Working patterns – Women are more likely to work part time than men. Frequently this is due to caring responsibilities. Less than 1 in 5 women return to work full time in the first three years after having a baby. Although more and more women are returning to work whilst raising a family, many decide to return on reduced hours. Women are also more likely to provide unpaid care to elderly parents or other vulnerable relatives. Almost 60% of unpaid care roles are carried out by women. Women aged 45-54 are more than twice as likely than men to have given up work to care. They are also four times more likely to have reduced working hours. This obviously has a direct impact on pay, and therefore pension contributions. It also has a longer-term impact on career and future earnings potential.

3. Pension minimums – Regardless of why, the fact is women earn less than men, and sometimes the system works against them too – a bit of a double-whammy! Nowadays employers must provide employees with a workplace pension, but only if they earn over a certain level. With more women working part time, fewer end up meeting this threshold. Employers aren’t obliged to make any pension contribution if an employee’s earnings are below the threshold. Many women are left without a workplace pension at all.

4. Financial confidence – Only 37% of women feel happy with the state of their finances and only 30% have clarity and confidence over their future financial plans, compared with 72% and 69% of men respectively. Despite the low levels of confidence, young women are almost half as likely to seek financial advice than men, but worry more about money. Without the confidence to save and invest, women may not be taking advantage of all there is on offer.

Covid-19 will likely add to the problem

The problem will likely be exacerbated by Covid-19:

Why women need to take control

The days when men and women fell into traditional roles – with heterosexual relationships where the man became the provider and the woman the homemaker – are long gone. Cutting the ‘apron strings’ has had huge benefits for female empowerment and freedom. But it comes at a cost. Traditionally, a woman would rely on her husband’s pension to see them both through in their retirement. But that’s no longer the case. It’s no longer viable for women to rely on their husbands, not least because a third of marriages end in divorce! With fewer people getting married, just what is a traditional relationship in the 21st century?

As a Maji user, you can speak to one of our Money Heroes and they’ll talk through your options with you. Maji also enables you to view and manage all of your pensions in one place. No moving pensions around and no more lost pots. Just simple and easy access to keep track of your money.

Women are taking this seriously. More women than ever are saving into a pension, with working women in their 30s more likely to contribute to a workplace pension than men. But there is still some way to go.

5 things women can do:

As a Maji user, you can speak to one of our Money Heroes and they’ll talk through your options with you. Maji also enables you to view and manage all of your pensions in one place. No moving pensions around and no more lost pots. Just simple and easy access to keep track of your money.

We want women to continue on this road of financial independence. Maji focuses on financial education, helping people learn and become confident in their saving choices. We use professional advisers to complement broader financial education with specific advice. We also use behavioural science to nudge people into saving more – with financial planning tools to help people visualise the savings they need to make – and with auto-escalating savings available, women (and men!) can save more without the big decisions.

The fight for female equality is not just about the here and now – it’s about the future. It’s up to women to provide themselves with independence in retirement, and that comes through the financial freedom of having money set aside: women taking ownership of their own future.

Get in touch with us to find out more about how to get access to a Maji account through your workplace.

Photo by Christina on Unsplash

Cookies are very small text files that are stored on your computer when you visit some websites.

Use the slider below to see the different types of cookies you can choose to allow.

Drag the slider across to change your cookie settings

This website will:
This website will not:
Saving option...
Cancel Save and Close
Find out more about Cookies
For your new settings to take effect, this page will automatically refresh when you click "Save and close".

Thank you for registering to receive updates from Maji - the app that makes pensions easy to track, manage and grow.

This link has expired because you have already created an account or tried to re-register.